Seahawks quarterbacks on the hook 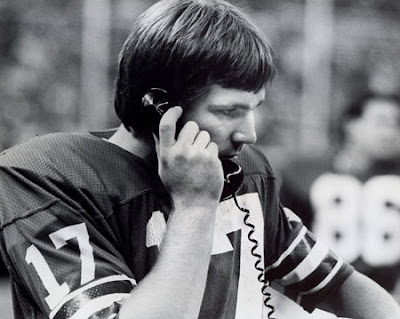 If you’ve ever traveled to the Pacific Northwest, you will have noticed their proclivity for doing things well. This is certainly the case in Seattle, where their airplanes, computers, rock n’ roll, coffee, and women’s basketball are all remarkably good. So it’s rather confounding that their pro football suffers from fifty shades of grey, and nothing more distinct.

Many would argue that the Seahawks defensive game has been the foundation of the club in recent years, keeping the team bouyant. For example, the 2011 Seahawks defense allowed just 19 points per game on average, which is better than at least 20 other teams in the league, including your Super Bowl champion New York Giants. They’re speedy, tenacious, and make interceptions (fourth in the NFL last year).

But the discrepancy here is that the Giants pound opponents black and blue when they most need to - they get after the quarterback! They might spot 25 points, but then in the crunch, there’s no sign of complacency or mediocrity. There's just a mammoth squeeze. In this regard, the Seahawks are more, well, flighty. And yet because the NFC West is more routine than your morning Starbucks order, the middling Blue and Green not only seem efficient at times, but inexplicably potent. That’s not difficult against the likes of Kevin Kolb and Alex Smith, of course.

In turn, Tavaris Jackson looks adequate. He’s powerful, and power goes a long way if you can land the ball within the outer circle of your target at least. Tavaris does this. He also scrambles like Tebow, but with less fanfare, so when he arrives at the first down marker you’re more likely to be pleasantly surprised. Again, if the expectation is minimal, then fair results can always be positioned as “above average”. This is what's formally referred to as the T-Jack Jive.

And so, under Pete Carroll, the Seahawks appear trapped in an obscure offensive phase - averaging just 304 yards per game last season - which doesn’t bode well for the next campaign. Most recently, and startling, the club named Jackson as the training camp starter at quarterback, instead of young gun Matt Flynn - the man they pined for this offseason like Frasier after sassy blondes. That doesn’t sit well with many in the fanbase, nor should it. Even the Crane boys would suggest the strange reverse psychology at play here is bound to adversely affect Seattle’s signal-calling situation.

On the one hand, Flynn needs reps and a vote of confidence. On the other, we already know what Jackson can do, and most certainly what he can’t (his limited ability in reading defenses and locating second and third receiving options is imposing on my mind). So sitting Flynn looks geared toward reducing any immediate expectation of him. This could be futile in the end because unless Dave Kreig is getting off the couch any time soon, Flynn will likely be the most discussed offseason acquisition at the position this summer.

Yes folks, nothing's as it seems in Seattle, as Pearl Jam once cried.

It's a different NFL era, does it have to be?

Football may have reached a cultural crossroads considering its hyper popularity conflicting with its hyper violence. But is it just the victim of a hyper perfect society?

As Grantland's Chuck Klosterman says in a recent column, it might be a nonexistent intersection, which will never reach a conclusion. But I wonder if we were able to simplify our collective thinking so that it more closely resembled the way we used to be before the Unlimited Information Era, then perhaps we could slow down football, and in turn, dial some of its issues down to a more manageable level.

Now I'm not talking about concussions specifically, because as we know, head injuries have become a rather grim and sad indictment of today's full-contact NFL football. I'm speaking more broadly about the way people function today, and the way many football players function today - with this sort of pseudo-bravado and hunger to be not only the best, but the most visible, the one who hits the hardest, delivers the most damage, or appears on SportsCenter most often. It seems for many NFL players, the literal conquering of the opposition, is more important than making a sound play. Intensity has been replaced by ferocity. Physical dominance has been replaced by brutality. If this is what is important to so many, as the New Orleans bounty case has shown us, then what hope have we of quelling the unnecessary component of football's violence? And when we say unnecessary, we must consider the excess violence that some players partake in.

The argument we commonly hear is that football is a violent game and that's that. But we might also conclude that football has never been more violent than it is right now, and it's because many of the people playing the game consider themselves an extension of the tackle - they are weapons. These individuals are part of that hyper perfect society - overly engineered, over achieving Terminator types - who show all the concern for their on-field colleagues as a drunk driver. Can't football be played with a degree of responsibility? Well, of course, it can be.

When pro football players wore leather helmets, and labored through slow, muddied and grinding affairs, in which running, not passing, was a special commodity, we imagine there were less brutal injuries. We believe this because at a slower pace, with less equipment, men were less able to intentionally damage others, and as a result, their minds weren't geared towards it. Of course, the game became more dynamic, people grew bigger, moved closer to perfect, and were equally equipped with the latest technology - the hyper society complicated a simple game of yardage.

But launching at another man with a cannonball atop your shoulders isn't really football, is it? It's an attempt to sideline someone. If that's football, the game of great athletes, clever tactics, and unparalleled story lines then I must have missed something.

There are no easy answers to dealing with violent sports. But other games manage. Rugby is played by more than a hundred nations, for example, and you rarely see the type of horrific collisions in rugby that you see in pro football. And to the naked eye, rugby is a far more bruising affair than the NFL. That's because the game's owners, and supporters, and protagonists, cling to the tradition of the task - not to merely the way the task looks. They're committed to the skill and strategy, to tackling with the right techniques, and less to the spectacle. The NFL is spectacular, and moves pretty fast, and we love it. But some of its people need to stop and take a look around every once in a while, or they could miss it.
at June 15, 2012 No comments: