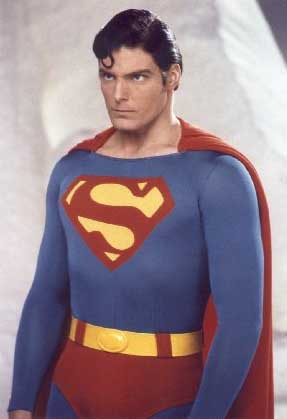 Who's the most powerful is important, right?

Most sports sites love an ordered list assessing "power". It's an inescapable force, like the bowel movement that overcomes Obi Wan as the Millennium Falcon is sucked toward the Death Star.

And it surely wasn't, but rather a menacing space station that would play host to Ben's ultimate demise. It was 1977 and still feels raw somehow.

But we won't play into the hands of the powerful Empire, but instead consider those NFL teams everyone is fawning over. This is a stock count of the cool, the trendy, the water cooler contenders.

Our inaugural Cool Rankings are as follows:

Jim Harbaugh is the NFL's greatest coach, Alex Smith is the new Joe Montana, and the Niner defense relegates Alcatraz to the second most intimidating sight in the Bay.

For some reason the Bills are still a sleeper, which is a testament to the prominence they achieved in the offseason. They lost to the New York Sanchez-Tebows in week 1 (who were so distracted by Lauren Tannehill they forgot about Ryan) and they've beaten up on the lowly Chiefs and Browns. Must be the helmets, at least they are cool.

They might just be the new Dallas Cowboys: loaded with talent, full of expectation, and more talked about as a sexy favorite than Jessica Simpson during her Romo years.

Kevin Kolb's return to average is the feel good story of the month, outside of the real refs back like the mortal Clark Kent retrieving his superpowers, that is.

A horshoe full of Luck

Obviously when you're a highly drafted quarterback expectations are swollen and results are inevitably insufficient. The combination of potential and excitement usually override common sense, which is why some NFL clubs like the Cleveland Browns and Miami Dolphins, for example, are starting QBs who should be holding a clipboard and drinking too much Gatorade.

It's especially hard sitting top five picks who are proclaimed superstars before they lace up. Take the 1998 draft, in which Peyton Manning went first, and Ryan Leaf second: You couldn't fault either pick by the Colts or Chargers respectively, nor could you question starting either player as a rookie. They were the next big things in the NFL. And yet, while each stumbled in their first year, Sportscenter is still playing Manning highlights, while any scrambling Leaf is doing is more likely to appear on Nightline.

That rookies Andrew Luck and Robert Griffin III are lighting up the young 2012 season simultaneously is special. Each man carries himself with confidence and swagger, but most impressively, each is a leader, seemingly born for pro football's prime-time burden. Expectations are high, but in this instance of touted picks, the results are more than sufficient---they're astounding. 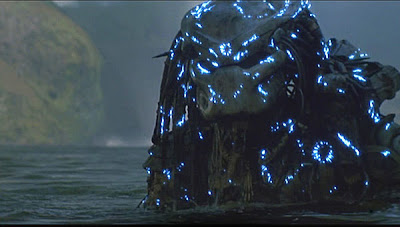 While many commentators are enamoured with RG3's speed, power, accuracy and Predator-like movement around the NFL battlefield, Luck looks so at ease, too, that it now feels harsh to have second guessed Indy's decision to move on from No.18. Manning's legend will live forever among the legion of blue and white, but Luck is branding a new Colts legend altogether.

The early signs of a winner are there. When the pocket collapses, Luck steps up and through it like John Elway once did. He has a knack for scrambling and sliding that reminds you of Aaron Rodgers. His three-step drop and rifle into the end zone is, well, Favre-esque. And finally, that deep throw, the one following a smooth shuffle backward, with arc and zip more tightly bound than Jennifer Love Hewitt come awards night, soars wonderfully across the fading summer. 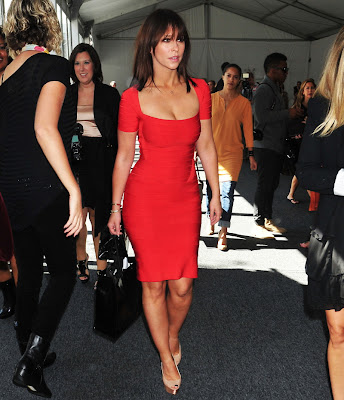 Luck threw 20 of 31 passes for 224 yards and two touchdowns in week 2. Yes, those numbers are good, but they pale in comparison to the thrill and good fortune of his first win, which is surely one of a many this season. 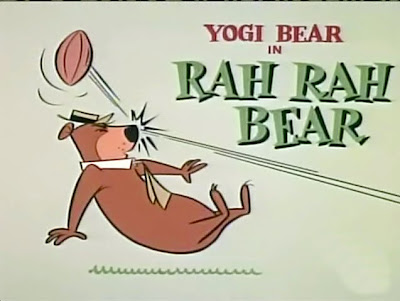 Editor's Note: Following this post, Bears quarterback Jay Cutler yelled at his o-line, pouted on the sideline, and turned in this statline---11 of 27 passes, with four interceptions, for just 126 yards, against the Green Bay Packers. Regardless, we still believe in the potential of the Rah Rah Bears, and any excuse to reference the movie Wild Things.

But while you're icing down after seeing your Eagles turn turkey against the lowly ranked Brown Dogs, or taking an asprin following your Seahawks distressing loss to the Arizona Kolbs, perhaps divert your thoughts to a club that has been largely unheralded this past off-season---the Chicago Bears.

Jay Cutler's 50-yard torpedo down the middle to rookie Alshon Jeffrey was more beautiful than a Chicago-style at Kim and Carlos's Hot Dog Stand. Say what you want about Cutler's proclivity for wild things and forced errors---his Elway-like launcher could knock a steak from Yogi's grasp at 200 feet. Yes Boo-Boo, the Bears will do a little more than shuffle on through this season as long as Cutler's cutting the mustard.

Cutler was 21 of 35 for 333 yards and threw passes to six different receivers. That group included the most passive-aggressive Bear of all, Matt Forte, who is also unquestionably the most versatile back in the game right now. Forte rushed for 80 yards, but that was just to warm up. He caught three balls for 40 yards as well, in a performance that not only proved his value to Chicago's honchos, we hope, but underscored that this is now a potent and pacey offense.

That Cutler's ol' buddy Brandon Marshall "chipped in" nine receptions for 119 yards and a touchdown, must have had Chicagoans salivating like Al Bundy for a saucy redhead needing new pumps. This was 44 points---albeit against a weak opponent---that wasn't always available in previous seasons. It was an attack buoyed by its potential, and reveling in the bravado of its front man, the moody but brilliant Cutler.

By Sunday night's end they had the league's fifth best land grab with 428 yards of offense, which can only be pleasing to a club that generally hangs its hat on defense. 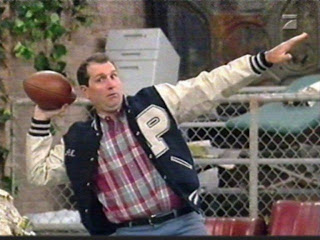