The questions are falling like summer rain in Florida.

The Miami Dolphins are copping some heavy criticism for taking Ryan Tannehill at No.8 in the NFL draft this week. Some experts believe the Texas A&M wideout-cum-signal-caller is inexperienced, and somewhat inaccurate. The Palm Beach Post called the pick "a tremendous risk". No riskier than bright orange jerseys, really.

Most concede the young Texan has potential, especially because of his size (he's 6'4), fleet-footedness, and arm strength, which, if you watch his highlight reel or pro day tape, shows the player's ability to throw short, long, on the move, and both inside and outside the pocket. Already that's five throws more than Tim Tebow can make.

Tannehill's so-called rawness is the sticking point for many though. Most draft war rooms would have asterisked his inability to finish games at the college level, where on more than one occasion his inexperience saw him force passes, or simply make the wrong read. Scan a few news sites and you'll see the word "reach" repeated throughout Miami draft evaluations. SI.com's Tony Pauline, for one, believes there's real downside to the kid.

The questions are fair, but pessimistic. Look, there wasn't a consensus that Elle Macpherson would make it as a swimsuit model, but how'd that work out for you? Right now the Dolphins need to be excited about the future, after a mediocre free agency period, and, well, 16 years of patchy quarterback play. Tannehill looks and sounds like everything the Fins want from the position, and with new offensive co-ordinator Mike Sherman calling the shots, Tannehill's former college coach, the education continues. How many quarterbacks head into such a comfortable professional situation? How often does anybody doing anything head into such a welcoming scenario?

Furthermore, Tannehill, and his glamorous wife, will be fan favorites in a city that loves some glitz. If he can turn the packaging into an effective and entertaining product, the sky's the limit. 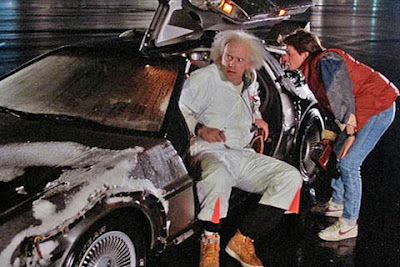 Nobody promotes its product ahead of time like the NFL.

The 2012 regular season NFL schedule was released this week, with the first kick-off featuring the Dallas Cowboys and New York Giants on Thursday, September 5. The last time somebody advertised this far in advance, Hollywood ended up with actors much older than their characters - but because it was a movie about a time travelling DeLorean nobody cared.

It's surely an arduous decision locking in the season's initial game, finding the right balance of nationwide appeal, competitiveness, rivalry, and high-caliber cheerleaders. In the current instance, the Giants are the champs, and presumably the Cowboys are in the, er, best position to topple the champs? Sure, there's a rivalry here but who are we kidding? I'd rather see Calvin take on Hobbs on opening night.

If we run down the first weekend schedule, a couple of other games are decidedly more enticing. For a start, 49ers - Packers, a renewed rivalry with cheese melting potency, will be a cracker, with Aaron Rodgers battling the Niners stout defense, and Alex Smith vying for real credibility following a strong playoffs. Or how about Cam Newton slinging deep balls and wielding spin moves against Josh Freeman and the Bucs? That'll be more compelling than Tony Romo hitting the deck and shoving his shoulder pads back under his jersey every second play.

The Monday nighters feature sexier rivalries than long-legged label touters on the red carpet, despite the fact that both Carson Palmer and Phil Rivers have been about as effective lately as Bobby Valentine in the Red Sox clubhouse. Fried chicken and beer don't look so bad now, right?

Peyton Manning's Broncos play Big Ben's Steelers on the Sunday night, which might even give Megan's party for Don on Mad Men a run for its money, as the best ways to cap off a weekend. Congratulations to the league on that one.


Looking down the list, there are some other regional contests that will appeal to an excitable few, like the Jets and Bills, or the Rams and Detroit - the latter, especially, feels like a matinee must-see. You be the judge.

How the Jets should use Tebow 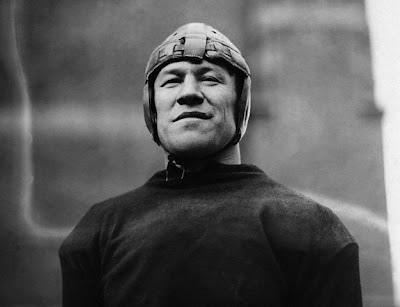 Grantland's Chris Brown recently argued that Tim Tebow's success as a Jet will require him to be a passing threat as much as a runner. Brown is adamant that there's minimal opportunity for Tebow as a Wildcat attacker, which at this early stage, seems the likely designation for New York's hottest recruit. He contends that in order for Tebow to find success in situational plays as the back-up quarterback, he needs some throwing options up his sleeve. In other words, he needs to be more than a Wildcat, or perhaps, a wildcard.

These are fair points, but I'm not sure I agree Tebow should be closer to a quarterback than a running back. Isn't it entirely possible that Tebow, a tank of a man at 6-foot-three and 236 pounds (the NFL's scariest runner is Adrian Peterson is 217 pounds), can be an effective football player without a positional label? Yes, last season he lined up as QB, and even threw some decent balls. But most of the time he succeeded as an old time halfback.

Part of the issue is that pro football's most prominent talking heads seem enamoured with the idea that football is overly complex. How often do we hear, after all, about the intricacies of play design, of elaborate assignments, and complexities of playbooks? The sentiment appears to be that if the majority can't comprehend it, then it's bordering on genius. It may well be true that the highest level of football calls for extreme focus, but at the end of the day, how ingenious is the art of deception or surprise on the sporting field? That's what it boils down to, and so to Brown's point, I can appreciate the need for Tebow to show a few things, but do some others. He can't simply run into the line after every snap, not unless he hopes to specialize in fourth and inches. But by the same token, maybe intermittent running plays is all the Jets require from Tebow.

Like the backs of a former era, Tebow is less conceptual in his approach to football: he sees a hole and he darts through it. He watches a defense lean one way, and heads the other. He's also less reliant on schemes and formations than is given credit for. For all the so-called gimmicks and gadgets that teams supposedly should employ for a player like Tebow, its the player himself who most often turns the sequence on its head and makes something happen. That's Tebow's forte - reacting! I'll concede that, sure, running backs or half backs, or "wild" backs need blocking and unbalanced formations, and the potential of several outlets or escape hatches, but they also dictate outcomes using their supreme speed, strength and vision. And in Tebow's case, an unparalleled will to succeed, too.

So, yes, the Jets will need to think through some options. They'll benefit from plays specific to Tebow's arsenal, and to pinpoint instances in which Tebow can bowl through, or around the defense, and possibly release the ball to a teammate, or even tuck it away and barge forward. But it'll be his thunderous running, and elusiveness, that'll make those plays work. And whether the defense suspects it or not, Tebow won't be denied yards. He'll additionally confuse defenses simply by being on the field. Why? Because he's such a rare and confounding specimen - a player who can throw it if forced to, but also change direction like a running back. And not just a run-of-the-mill back NFL defenses are accustomed to preparing for, like those boasting power only, or just quickness, but rather one with an array of skills, the way old-style footballers like Jim Thorpe of the Canton Bulldogs did almost 100 years ago.