Jets fishing for a playoff spot 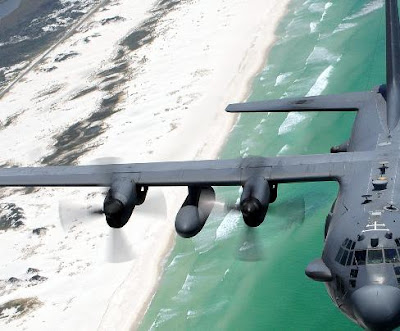 The New York Jets need a holiday miracle to make the playoffs this season, one that requires a win in sunny Miami but also hopelessly counts on losses by other teams. One of those teams is the Tennessee Titans, quite possibly the only club more unpredictable than R-E-X-'S New York.

Jets coach Rex Ryan is the master grandstander who promotes his team better than he manages it. As such the Jets who regularly follow the Patriots in the standings and struggle to overcome rivals like the Dolphins seem a great deal more intimidating than they actually are.

That’s always been the point of the Ryan-led Jets though hasn’t it? To be scarier than the Big Blue, the Big Tuna, Big Ben or any other NFL bully. But when push comes to shove Gang Green is largely uninspiring on offense. That’s never a good sign when thwarting high-scoring division foes is imperative to your survival.

For what it's worth, the team's rushers are capable of storming the trenches and can help the Jets eat up the clock. Against the Giants, for instance, the Jets squeezed the ball for 36 minutes. The problem is that it's less productive time than it should be: in the first half the so-called home team couldn't muster a single play of more than 20 yards. You can't even win a daiquiri-infused game of touch at Secretary Cleary's house with that output.

Sure, quarterback Mark Sanchez completes a few brisk passes here and there. Sometimes he even extends the play and zings it near the first down marker. But of course those sequences too are trivial if they don’t prolong the drive. Still, Sanchez throws these balls soundly, as he should. It's mostly when he flings down field that his lack of accuracy really hamstrings the Jets attack. When they needed pivotal deep yardage against the G-Men, for example, the offense continually floundered - converting just 4 of 21 on third down. And yet Coach Rex Ryan kept dialing up the pass as if Broadway Joe was commanding his huddle. Off-Broadway Sanchez threw an unconscionable 59 times.

The Jets QB is a confounding talent really: tough, nimble, exuberant and industrious, but short on patience and vision. He’s restless in the pocket. His feet shuffle and his throws leave the hand like he's tossing softballs into an apple basket - with anxious focus. Then conversely he’ll pop the secondary with a couple of carefree darts. Who knows which carnival game he might favor on any given play.

It's hard to see the Jets overcoming a stout Dolphins defense this final week. It certainly won't happen if Sanchez does more passing than handing off: he just doesn't have the repertoire to counter the likes of Vontae Davis, Yeremiah Bell or Karlos Dansby. No, Sanchez is at his best when dropping it short on acute routes of around eight or nine yards. Those angles are easy, quick to locate, and the ball hits its target before defenders can manoeuvre inside.

But as reassuring as this brand of football is for the Jets, it’s a low-octane, scaled-back approach that has hampered their postseason chances. Quick jabs might wear down Kansas City but won’t knock the Dolphins’ knees.

If only Rex could devise a strategy as boisterous as the one he brings to the podium.

Article first published as Jets Fishing for a Playoff Spot on Technorati.
at December 27, 2011 No comments: 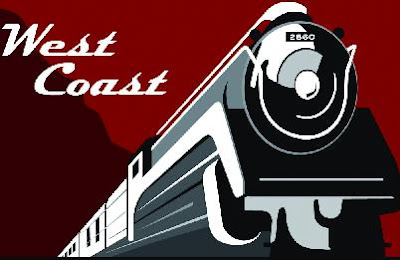 Alex Smith plays the minimalist as the 49ers quarterback. There’s nothing wrong with that, especially when you’re fielding a signal-caller with a history of apprehension. Not to mention that San Francisco is where the minimal 6-8 yard pass was popularized.

Joe Montana did his fair share of dinking, mostly because he had streaking receivers like John Taylor and Jerry Rice to make up any yardage setbacks. But Joe Cool also threw a beautiful deep ball that always seemed to float down into the hands of his receivers tearing down the sideline.

While it’s not fair to compare any quarterback to Joe Montana, you can’t help but see a little of No. 16 in Smith, particularly when he makes that quick out or flat route pass with such accuracy. Heck, he even looks like Joe with the brim of his helmet low over the eyebrows. His release is quick and clean too, and produces a catchable, lowly-zipped delivery. And like Montana in the West Coast scheme, most of his passes travel short distances to receivers who are yet to be swallowed up by corners. It’s a rhythmic, timing based game that Smith appears adept at. He's mastered the two-step drop and release.

Early Monday night, however, Smith missed easy opportunities and looked more like the QB from 2006. On his second-quarter bomb to the end zone, he overthrew Michael Crabtree, mainly because he prematurely ducked away and lost sight of the runner. It was a familiar Smith era move. True to old form, he also tossed some passes wide, low and sometimes high. And worse still, he didn’t have much excuse because the offensive line closed off the space around him, erasing the Steeler’s Fire-X rush altogether.

But soon after, as if in time for Christmas, visions of Joe again danced in our heads. Smith began focusing up field, especially when he had a speedy receiver like Ted Ginn open, or a bulky pair of arms on offer, like those attached to Vernon Davis. He hit Davis on perfect loop in the third quarter for the Niners first play over 20 yards in the game. The throw had superb touch, reminiscent of lobs from Montana to Taylor up the middle.

But perhaps the most stunning Smith-led play Monday was the “all in to the right”, which drifted the entire scrimmage one way, with Smith then planting hard and tossing a beautiful arc to Davis in the opposite direction. It was this play more than any other that hurt the Steelers, and in turn, marked Smith’s long overdue arrival on the national stage. Not even power outages could dim these Niner fireworks.

If he continues to execute these creative plays which demand more challenging throws - that ask him to really work the defense - there’s no reason the 49ers can’t march to the NFC championship game. Okay, Smith might not be Montana, but his poise, mobility and accuracy on key plays could be enough to bring the Gold Rush back to the Bay.

The Pittsburgh Steelers offensive line worked the trenches like ash-faced miners in week 14. They barged and bumped, parried and pushed, drilled and drove, until the Browns defenders resembled spinning tops, unable to hold position.

With Big Ben Roethlisberger on a lame ankle, courageously lumbering toward his tailbacks and painfully heaving balls downfield, it was the offensive line that punched holes and carved out gaps for the attack. Sometimes they pulled, creating spaces for Rashard Mendenhall to catapult into. Other times they shifted down, pounding rushers into the soil to allow Ben enough time to throw.

It was a mighty performance from this routinely maligned group, who are sometimes small, but bulky, and more importantly, rougher than street hoods. Nobody wanted a piece of them on Thursday, not even the growling Brown dawgs, who scrapped all night to keep it close. Fill-in center Doug Legursky was tremendous on run plays, using his power and nimble feet to unravel defenders.

Ben's performance, of course, is hard to overlook. But the resilience of a depleted line and the hunger of the backs was really the story of this one. Mendenhall ran with authority, totalling 76 yards on 18 carries. Redman added 35 yards on just six carries. While the averages were very good, it was more the force of their charges - the sheer will of carrying into the fray of orange helmets. And with barely a second to change direction, they made cuts that hobbled the Browns for good.

In applying the hammer, the Steelers harked back to the Seventies version of the club that simply beat down opponents on both sides of the ball. The Black and Yellow bruised the Browns into submission, and while it was a weaker opponent than many, you can't help but feel this Pittsburgh outfit could dislodge the insides of most foes - be it the Ravens, Giants or Packers. What a contest that would be: Rodgers and his unblemished jersey, with his band of sure-handed receivers, rematching the ferocious Steelers defense and its relentless offense.

It's not easy to beat a team like Pittsburgh, make no mistake. No matter how many points you accrue, they will wear you down by controlling possession at key moments. And with the weather cooling, the Steeler resolve will only deepen. Throw in its backfield horses - of which Green Bay has none - and you wonder if they might just be able to topple the champs, given the opportunity.

Article first published as The Gritty Steelers Should be Feared on Technorati.
at December 12, 2011 No comments: